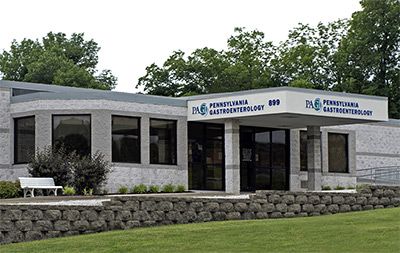 The esophagus is lined with a special type of cell (squamous). This type of cell is very sensitive to acid. In patients with gastroesophageal reflux disease (GERD), stomach acid freely refluxes or backs up into the esophagus. This can cause heartburn and squamous cell damage. In response, these cells can transform into cells that provide better protection against acid. This change is called metaplasia. While this is a normal protective mechanism, the metaplasia increases the risk of dysplasia (abnormal-looking cells), a condition that could progress to cancer. The metaplasia in the lower esophagus is called Barrett’s Esophagus. The presence of Barrett’s Esophagus increases the risk of developing esophageal adenocarcinoma. This type of cancer is rising in incidence in the United States faster than other types of cancer.

How do you know when you have Barrett’s Esophagus?

How is Barrett’s Esophagus diagnosed?

Barrett’s esophagus is best diagnosed by endoscopy. The endoscopist can identify the abnormal tissue in the lower esophagus and biopsy the esophagus lining to confirm the diagnosis of Barrett’s. While the area may look like Barrett’s, the diagnosis can only be made by viewing the tissue under the microscope. Equally important, the microscopic viewing can examine for the presence of dysplasia and cancer.

What is the risk of developing cancer?

Cancer does not usually develop without progressing to dysplasia. Dysplasia of Barrett’s occurs over time and may not be preventable. Therefore, it is very important to evaluate Barrett’s regularly for the presence of advanced Barrett’s dysplasia.

What can be done to reduce the risk of Barrett’s Esophagus?

Treatment of GERD is the best method of preventing Barrett’s or to help reduce Barrett’s progression. Regular endoscopies will allow your doctor to monitor for progression to dysplasia. In the event of advancing dysplasia, nonsurgical treatment is now available to remove Barrett’s lining using special technology, known as Radiofrequency Ablation.

RFA is a safe endoscopic procedure to remove the Barrett’s cell layer. As the esophagus heals, healthy squamous cells replace the Barrett’s helping to prevent progression toward cancer.

The board-certified gastroenterologists at PA GI are qualified to perform the Barrx RFA therapy.