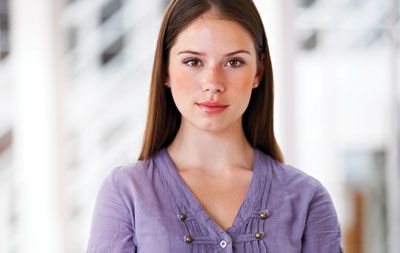 What Is Crohn’s Disease?

Crohn’s disease belongs to a group of conditions known as inflammatory bowel diseases (IBD). It is a chronic inflammatory condition of the gastrointestinal tract. Crohn’s most commonly affects the end of the small bowel (the ileum) and the beginning of the colon, but may affect any part of the gastrointestinal (GI) tract, from the mouth to the anus. The inflammation caused by Crohn’s disease often spreads deep into the layers of affected bowel tissue. Crohn’s disease can be both painful and debilitating, and sometimes may lead to life-threatening complications.

What Are The Symptoms Of Crohn’s Disease?

While symptoms vary from patient to patient and some may be more common than others, the signs and symptoms of Crohn’s disease include:

The exact cause of Crohn’s disease remains unknown. Diet and stress may aggravate Crohn’s Disease, but they do not cause the disease on their own. Recent research suggests hereditary, genetic, and/or environmental factors contribute to the development of Crohn’s Disease.

It is also possible that a virus or bacterium may trigger Crohn’s disease, where the immune system tries to fight off the invading microorganism, and an abnormal immune response causes the immune system to attack the cells in the digestive tract.

Crohn’s tends to run in families, so if a patient or a close relative has the disease, other family members have a significantly increased chance of developing Crohn’s. The risk is also substantially higher when both parents have IBD.

How Is Crohn’s Disease Diagnosed?

What Treatments Are Available For Crohn’s Disease?

There is currently no cure for Crohn’s disease, and there is no one treatment that works for everyone. The goal of medical treatment is to reduce the inflammation that triggers the symptoms and improve long-term prognosis by limiting complications. In the best cases, this may lead not only to symptom relief but also to long-term remission.

The treatments for Crohn’s disease include anti-inflammatory drugs, immune system suppressors, antibiotics, over-the-counter medications, nutrition therapy and surgery. Anti-inflammatory drugs are often the first step in the treatment of an IBD. Immune system suppressors also reduce inflammation, by targeting your immune system which produces the substances that cause inflammation. Antibiotics can reduce the symptoms of fistulas and abscesses in people with Crohn’s disease. In addition to controlling inflammation, some over-the-counter medications may help to relieve signs and symptoms.

A recommended special diet may also be given via a feeding tube (enteral nutrition) or nutrients injected in a vein (parenteral nutrition). If the above treatments don’t relieve signs and symptoms, surgery may be done to remove damaged portions of the digestive tract and then reconnect the healthy sections.