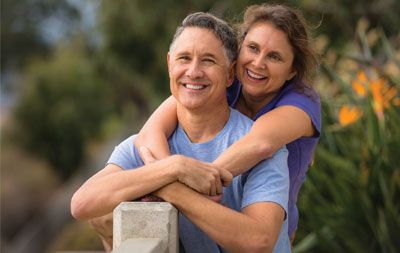 Hepatitis C is an infection caused by a virus that attacks the liver and leads to inflammation. There are several types of viral hepatitis. There are vaccines for the prevention of hepatitis A and B, but not for C. Hepatitis C, or HCV, is a serious form of hepatitis. About 75-85% of people infected with HCV, develop chronic infection of the liver. This can result in cirrhosis of the liver and an increased risk of liver cancer.

Hepatitis C is transmitted through direct contact with blood and other body fluids. It can be contracted and spread through blood transfusions (performed before 1992), unprotected sex, intravenous drug use, body piercings and tattoos (using non-sterile ink or needles), and less commonly with sharing personal care items (toothbrush, razor, nail file or clipper). Pregnant women can pass the virus to their babies. It is not spread through exposure to sweat, urine or tears or close contact with an infected person who sneezes or coughs.

What Are The Symptoms Of Hepatitis C?

HCV, the most common blood-borne infection in the United States, is widely regarded as a “silent killer” because most infected people have mild symptoms or none at all. In fact, many people don’t know they have the hepatitis C infection until liver damage shows up, decades later.

Some people, who were recently infected with HCV, may develop symptoms of fatigue, abdominal pain, poor appetite, or jaundice. Once a person starts to develop cirrhosis, more symptoms may develop including muscle weakness, weight loss, abdominal swelling, vomiting blood, blood in the stool and confusion.

How is Hepatitis C Diagnosed?

Several blood tests are performed as the initial screening for HCV infection. A positive blood test means that you have been exposed to the virus, but may not necessarily mean that you are currently infected with HCV. In addition, a negative test may not be accurate if exposure to infection was less than 6 months ago.

A positive test requires that a different blood test be performed to check your viral load, which will determine if the virus is active and if you need further treatment. This testing will also determine the genotype, or strain of hepatitis C. There are six different strains and treatment will vary for each.

Who Should Get Tested?

Baby boomers – people born between 1945 and 1965 - are five times more likely to be infected with HCV than other age groups. Some of this is due to the fact that blood transfusions and organ transplants were not screened for HCV prior to 1992.

Is There A Vaccine?

Vaccines do exist for hepatitis A and B. However, there is no vaccine available to prevent hepatitis C. Because HCV has six different variations, it may take several years to develop and test an effective vaccine.

What Treatments Are Available?

HCV. These direct-acting antiviral medications, which are protease inhibitors or polymerase inhibitors, have fewer side effects and shorter treatment times – sometimes as short as 12 weeks. The new drugs also have a higher success rate, with up to 90% of patients being cured.

Significant advances are being made in the treatment of hepatitis C. Due to new advances in medications and treatment regimens, it’s best to discuss treatment options with a specialist. A gastroenterologist, who specializes in treatment of the digestive system, including the liver, intestines, pancreas and gallbladder, can diagnosis and treat HCV.