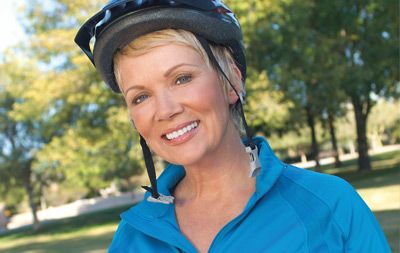 IBS affects at least 10-15% of adults. It rarely is a “serious” disease and does not lead to surgery. It does not cause or increase the risk of cancer, and it does not cause bleeding in the intestinal tract. IBS, however can severely compromise a person’s quality of life. For some people it may interfere with their ability to travel, attend social functions or work. IBS is second only to the common cold as a cause of absenteeism from work.

We do not completely understand what causes IBS. We know that patients with IBS have altered patterns of colonic motility. Symptoms appear to be the result of sensitivity to distension of the G.I. tract and a tendency for the bowel to be overly reactive to almost anything: eating, stress, or emotional arousal. Individuals with irritable bowel react to these events by more pronounced contractions and these contractions are responsible for the sensations of bloating, discomfort, and urgency.

IBS is not caused by an infectious agent. Lactose (milk) intolerance and gluten intolerance (or celiac disease) can cause similar symptoms to IBS and are frequently found in the same patient. IBS symptoms can be worse in patients with these disorders.

What Are The Symptoms Of IBS?

IBS can cause chronic diarrhea or constipation. A pattern of alternating constipation and diarrhea is also very common. IBS patients may feel a sensation of not being able to fully empty their bowels after a movement. Abdominal pain and spasm are among the most common symptoms and many patients will feel significant relief of pain and discomfort after a bowel movement or the passage of gas. IBS patients can also experience symptoms of nausea.

There is no diagnostic test for irritable bowel syndrome. Routine laboratory tests are often checked. Depending on the symptoms your doctor might recommend a colonoscopy or an endoscopy for further evaluation. These tests evaluate for other disorders that have similar symptoms of irritable bowel.

What Causes Bloating And Gas?

The mechanism of bloating is not well understood. Many facets may be involved, such as reflux, relaxation of the smooth muscle of the bowel, a weak abdominal wall, and an unusual sensitivity to sensations arising from the gut. People with IBS do not produce more gas than those without IBS; however, they appear more sensitive to normal amounts of gas

Many physicians and lay people have mistakenly used the term “colitis” to mean “IBS.” Colitis is a medical term which refers to an inflammation of the lining of the large bowel. Infections and inflammatory bowel disease (ulcerative colitis and Crohn’s disease) can also involve the colon and cause colitis. This is not caused by IBS.

Emotional stress can significantly influence IBS. IBS is not caused by stress, but stress and anxiety can greatly aggravate IBS. Not uncommonly, IBS patients may develop symptoms while eating at restaurants and social gatherings. In severe cases, the thought of getting dressed to go out may trigger an “attack” of IBS symptoms.

People with IBS are more reactive to stressful life events and therefore more likely to experience an exacerbation of their symptoms when they are exposed to stress.

Diet And Therapy Of IBS

The effect of diet on irritable bowel varies from person to person. In adults, there are some foods that are known to be the cause of symptoms. Dietary fats are known to be common triggering factors. Corn, wheat and even fiber will trigger symptoms in certain people. In others, adding bulk to the diet, such as bran or a psyllium preparation can often help regulate the bowel dysfunction. Monosodium glutamate, a common food additive, can also be a cause of several irritable bowel symptoms. Because the colon’s reaction to eating is often exaggerated, it is often the “act of eating” rather than the actual food which produces symptoms.

Many people are unable to digest the sugar found in milk (lactose). These people may experience symptoms similar to IBS when they drink milk. Thus, until the symptoms of IBS are under control, it is advisable to avoid milk and milk products. Once the colon decreased its irritability, small amounts of milk can be introduced to assess symptoms. A trial of a gluten free diet can also be considered.

The first line of treatment of IBS is a personal evaluation of stress levels and diet. Sources of stress may include overwork, poor sleep habits and excessive use of caffeine, alcohol and tobacco. Proper rest and exercise can help reduce stress levels and positively influence IBS. A diet high in fiber can also help, although too much fiber may increase intestinal gas. Your doctor will discuss other diet strategies with you.

There are many medications to treat irritable bowel syndrome. Patients with constipation may be treated with over-the- counter polyethylene glycol or prescription medications such as Linzess or Amitizia. If diarrhea is the predominant symptom, antidiarrheal agents, bile acid sequestrants or an antispasmodic agent may be prescribed. There are also several options for treatment of abdominal pain and bloating. Your Gastroenterologist will discuss all these options with you so that you may formulate a treatment plan together.