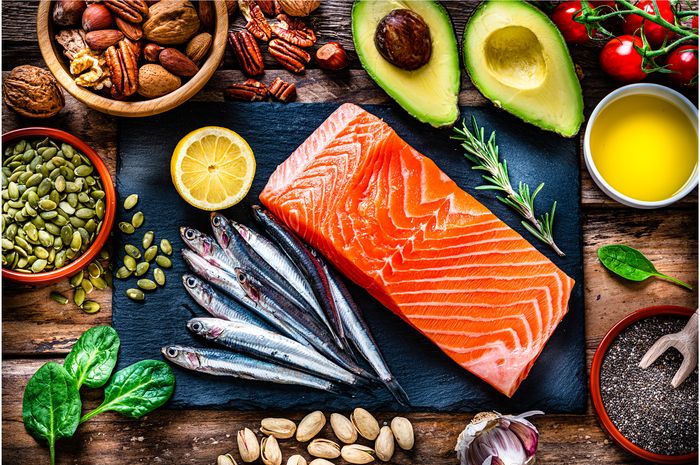 A study was undertaken to compare the effectiveness of the Specific Carbohydrate Diet to the Mediterranean diet as treatment for Crohn’s disease with mild to moderate symptoms.

The Crohn’s & Colitis Foundation facilitates the IBD Partners, which is a patient-powered research network and online registry with more than 15,000 adult IBD patients. Several years ago, patients Jessica Burris and Andrea Meyer proposed to IBD Partners an idea for a research study. As Crohn’s patients, they were seeking an answer to the simple question: “What should I eat?”

“What should I eat?” is a question that gastroenterologists hear often from patients. There are many anecdotal answers, but there had never been a large-scale, randomized trial in the U.S. to provide evidence of what dietary regimes are proven to help. All too often patients had to learn from trial and error how certain foods would impact their condition.

Funded by the Crohn’s & Colitis Foundation and the Patient-Centered Outcomes Research Institute and led by Dr. James Lewis from the Perelman School of Medicine at the University of Pennsylvania, a study was undertaken to compare the effectiveness of the Specific Carbohydrate Diet to the Mediterranean diet as treatment for Crohn’s disease with mild to moderate symptoms. The full study results were published in the May 2021 issue of Gastroentrology.

In the study, 194 adult patients with CD and with mild to moderate symptoms were randomly assigned 1:1 to consume the Specific Carbohydrate Diet or the Mediterranean diet for 12 weeks. For the first six weeks, participants received prepared meals and snacks according to their assigned diet. After six weeks, participants were instructed to follow the diet independently.

The Mediterranean style diet consists of a high intake of fruits, vegetables, nuts, fish, seafood, whole grains and olive oil, and a low intake of red and processed meats as well as sweets.

The Specific Carbohydrate Diet consists of a high intake of unprocessed meats, poultry, fish, and most fruits and vegetables with avoidance of dairy (except some hard cheeses and homemade yogurt), and sweeteners, other than honey.

The research found that a Mediterranean style diet and the Specific Carbohydrate Diet improved symptoms and quality of life for patients. In fact, after six weeks, 43.5% of patients following a Mediterranean-style diet and 46.5% of patients following the Specific Carbohydrate Diet achieved symptomatic remission.

The results showed that specific diets can significantly benefit Crohn’s patients. The study also found that both diets resulted in a reduction in fatigue, pain, sleep disturbance and social isolation. While the researchers recommend the Mediterranean diet because it may be easier to follow, each patient should consult with their gastroenterologist to identify the diet that works best for them.

Results from the Diet to INducE Remission in Crohn’s disease (DINE-CD) research study has the potential to make a significant difference in the lives of Crohn’s disease patients and caregivers. It is a great step forward in the understanding of the connection between disease symptoms and diet.

Want to learn more? The Crohn’s & Colitis Foundation offers a variety of resources with more information about diet and nutrition on their website.